Its the beginning of another year. Lets just say I started this one very different to the last! This year started with me leading worship and preaching a message on who Holy Spirit is. I’ll leave out the detail about last year but suffice to say its 180º different to this year. India has been an interesting place, both to get to and to live in.

The journey to India has been a really hard one but there have been a few amazing stories, one in particular that I would like to share with you.

To enter India as an US citizen you need to have a visa. We’d sent off for all our visas over a month before we had to leave and had received various communication from the Indian consulate concerning other members of our team who needed to provide additional information to get a visa, we sent all that information to them and the visas were granted. One of my girls Maddy had no troubles at all it seemed and she got her passport back but when she looked she found her visa had been rejected for a similar reason to the other visas that required additional information however the embassy had never contacted us about it.

This was on Friday evening four days before we were booked to fly out. We tried contacting the embassy but none of the numbers listed for any Indian embassy in the entirety of the United States were actually connected. We did our homework for the rest of that Saturday and discovered the only way to get the visa was to literally go to the embassy in San Francisco. Sunday came and we were thinking about switching teams and all sorts of things but decided that no we were going to fight for this. Through a series of amazing discoveries Maddy and her Dad found and booked flights for Sunday night and by 05:30 the next morning they were in SFO. She submitted her visa and it was approved the same day and she flew back into Kona at 1pm on Tuesday and five hours later she jumped on a plane with the rest of us!! CRAZY….

During that time my co-leader discovered she was unable to go on outreach for personal reasons so Sunday night it got confirmed that I would be leading by myself. Having led by myself before I wasn’t overly worried about it but I was well aware that my team this time was much bigger than last time. I spent quite a great deal of time in prayer that weekend!

When we got to India it was a bit of a challenge initially due to the fact a) it’s India and b) that buying train tickets in India for a group of 12 people is really quite a challenge and we had to go back on a few separate days but were still unsuccessful. Also one of my girls got sick and we had to go all over Kolkata one day looking for a hospital for her. We found one but she opted to go home to the States to be treated there, so through the night, my school leader, the travel agent and I organised her flight for the next morning and took her to the airport and safely got her home! So a situation that started off very stressful ended up with her safe and sound.

The next day (Christmas) me and the other guys went to the train station early to make sure we were first in line to buy the train tickets and finally got the tickets. That night we finally made it to the train station to go seven hours south by sleeper train to be the very first international team to be hosted there! It was such an amazing time of refreshment and ministry. We preached, led worship and shared testimonies at 4 different churches in various cities and towns of Odisha. We also were able to help finish the classroom at the base there, it had the walls half finished so we all pitched in and got it done. 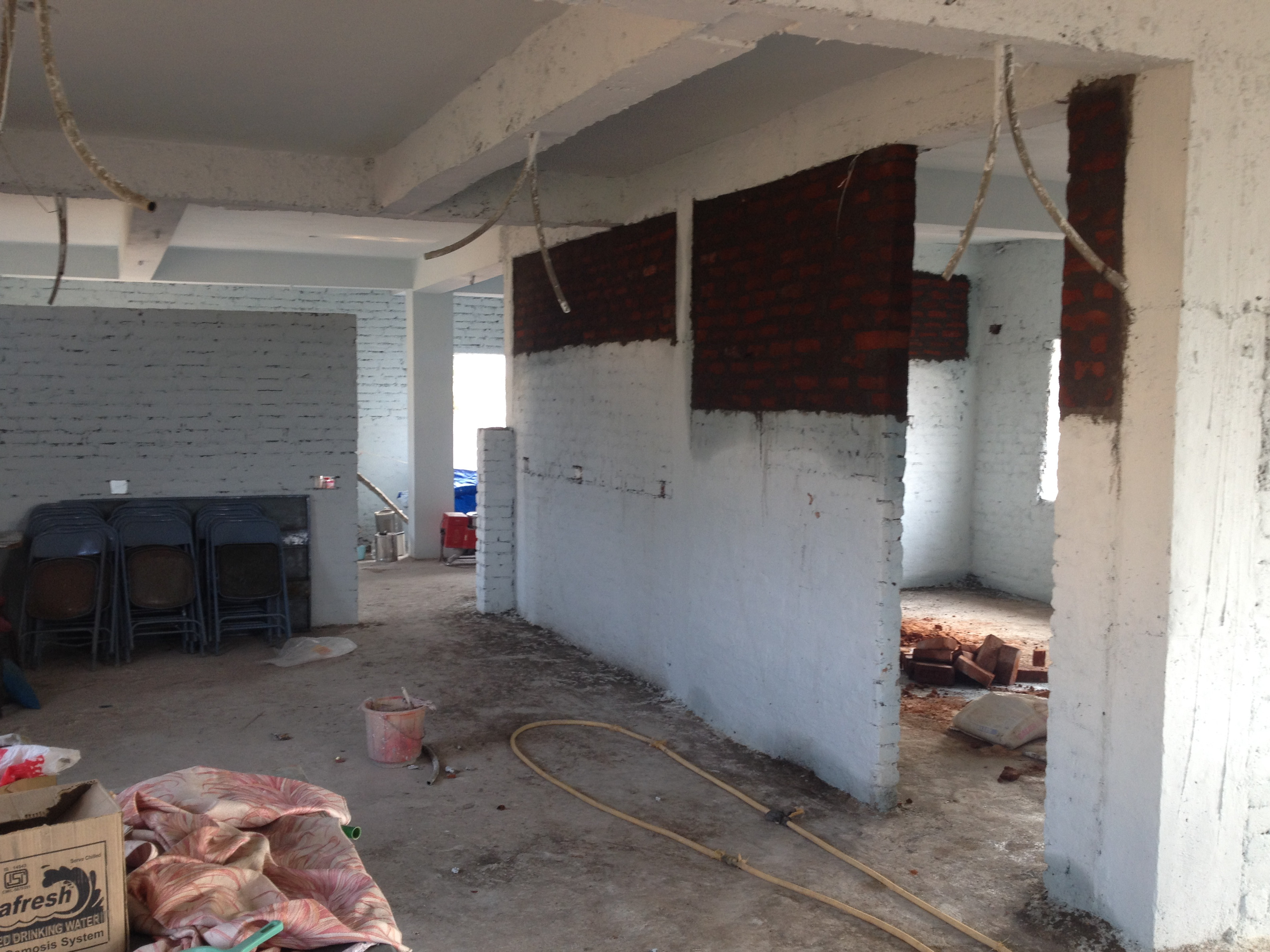 On the way to one of our prayer walks down there, the cars were a little too full to accommodate everyone so I was asked if I’d like to ride a motorbike 1.5 hours to where we were going and then back later in the evening!! Had an amazing time discovering how to drive in India….. its quite an experience, even in the countryside! I had the good sense to make a little video out of the experience.

We are now back in Kolkata where we’re working with various children’s ministries. The kids are almost exclusively from the streets. Its quite heartbreaking to see a cute little two year old sitting and smiling and playing with you but knowing that if he or she wasn’t here they would be on the street completely by themselves from early morning until 9pm when the mother gets home from work.

There is so much brokenness here. I’ve seen some things I struggle to put words to. People folded in half with some disease being wheeled along the streets inches away from taxis and trucks and tractors that fly along creating lanes and traffic directions seemingly at random. People gutting a dog and then using the body as a water container to name only two. There is also opulence almost on top of that. Some of the many vehicles that drive past are brand new Jaguars/Audis/Mercedes that empty their occupants into private restaurants and clubs.

I’ve been struggling with my health recently. I’ve had diarrhoea so many times I’ve learned how to spell it and many others on my team have also been sick. Its been really hard to work as a team with different people being sick at random. I pray we’ll see what God’s doing through all of this and that we’ll be able to be really effective in our ministries. We are in India until January 25 then we fly to Kathmandu, Nepal for the second phase of our outreach.

As you can see the journey to where I am now has been laced with difficulties but I firmly believe that its not just going to be all for nothing. I’m looking forward to writing my next update and telling you all all the good that’s come out of these hardships. On a brighter note we met up with a team from New Zealand one afternoon and had a great refreshing time with them and we’re staying at the same place as a team from Orlando FL. Its great to be able to hang out with them particularly since I’m leading by myself. It just sorta takes the pressure off. I have confidence that this outreach, although it seems hard at the present will turn out to be amazing.