The whole school year there was a lot of buildup to Azusa Now. We had prayer meetings and even a 26 hour prayer and worship event, not to mention teaching and preparation both from the stage and individually. So with all this anticipation, what actually happened during that week? I think the true effect will only be realised with time but even it’s initial effect on me has taken some weeks to process.

The week before April 9, over 2,500 BSSM students poured down the Interstate 5 to Los Angeles. The week was spent divided up into smaller groups of 60 and we spread out over the whole city with the goal of showing people that there was God in heaven who loved them and wanted to have a relationship with them. There are quite literally thousands of testimonies of what God did that week and there will be thousands more to come as the people impacted by this week and this event live out their lives. I do want to focus on what the week meant to me and the beginnings of it’s effect on me one month later.

My parents have previously been involved in a lot of campus ministry so I was thrilled to be able to do some ministry on the University of Southern California (USC) campus. The Coliseum where we held the actual event is actually right next door, so it was the perfect place to go. We also went to Venice beach and several other locations around the beachfront area. Wherever we went we set up booths and set up a bunch of different stations, one was a dream interpretation station and another was a spiritual readings booth, there was a spiritual painting section where some of my friends would ask God what He wanted to say to that person and then draw it or paint it for them and give it to them. We saw many people touched powerfully by God’s love and had the privilege of leading many into a personal relationship with God.

If you’re reading this and you are from a more conservative Christian background what you just read probably offends you a little so let me explain. Putting up a massive banner that said “Hi we’re all Christians and we want to talk to you” was not the best idea in this situation because a lot of people have been hurt by Christians who had their own agenda or needed some kind of ‘story’ to tell to make them feel like they had accomplished something. Our desire was simply to bless people. We wanted people to experience Jesus and not some misconception, warranted or not, about they way Christians should be so we just packaged the same message in a different way. Instead of giving out a ‘prophetic word’ we changed the language to an ‘encouraging word’ because after all, that is one Biblical requirement (1 Corinthians 14:3). Don’t be scared about the name either because God is bigger than the devil.

We also had the privilege of going into the neighbourhoods of LA and ministering to the people either in the street or in their homes. So many broke into tears, touched simply because we had made the time to go and visit them with the desire to bless them and love them without wanting anything in return. In the group I was in a lady’s back and knee were completely healed of all pain as the girls I was with prayed for her in her living room. Similar stories came from every group that went out!

The day of Azusa Now was raining on and off the whole time but over 65,000 of the 110,000 registered people showed up. The whole day for me went by very quickly until about 4pm as I had a chance to slow down and simply be on the ministry team. We started off with a debriefing session concerning what to do during alter calls etc and then I went straight from there to the Bethel Music booth where I helped out for a few hours promoting a conference we have coming up in LA, I went from there to spending a few hours with a guy I had met the previous day at Venice beach and had invited to the event. After that I served the rest of the time either as an usher or on the ministry team praying for healing or whatever else was needed.

So what impact has this incredible week had on me? I could summarise it in a lot of ways but the one thing I keep coming back to is that it made me hungry. Hungry for more of God. Hungry to see more lives changed. Hungry to see more people healed. Hungry to see more people saved. Hungry to see revival sweep the nations. Hungry to be so aware of what He is doing that I release His power and His glory everywhere I go. Hungry to see a generation step out of passivity and stand up for something real. Hungry to see the church stand up and become known for what we are for not what we are against. Hungry to dive deeper into the heart of God and know more about Him. Since Azusa I have also seen a wonderful increase in seeing people healed physically and in other spiritual gifts. There was a moment during the day when Andy Byrd from Circuit Riders asked those who were willing to go into the nations to take off their shoes as a symbolic gesture saying “I will go”. It was a powerful moment as I wept before God in the presence of over 65,000 people, committing my life to going into the nations to tell them about Jesus. 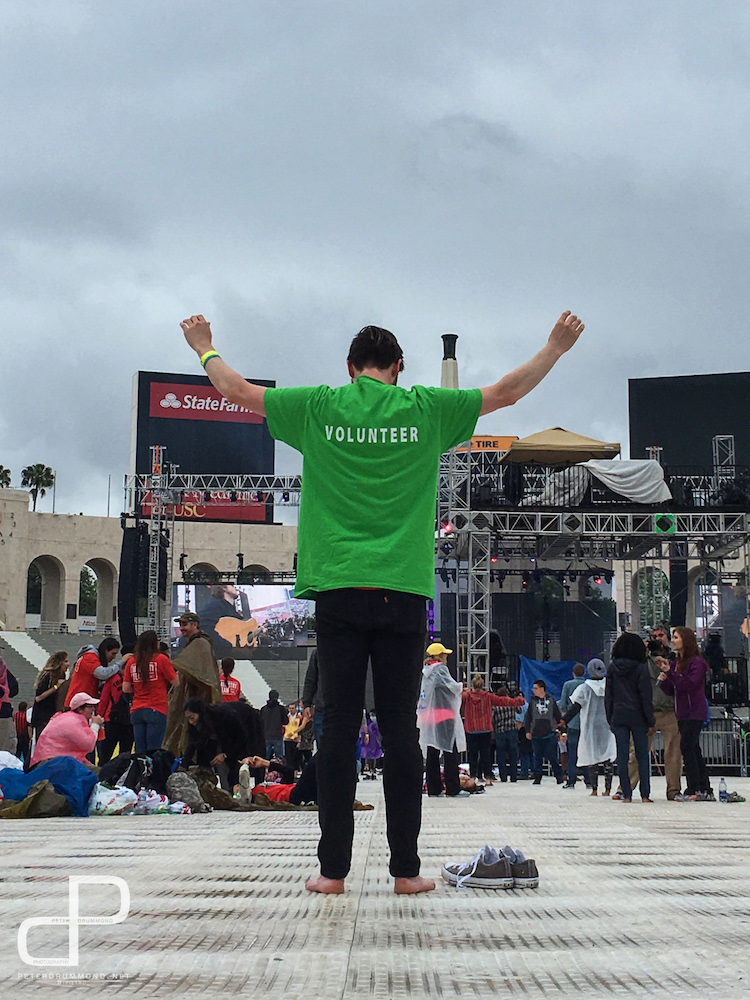 “I Will Go!” So thankful to have a record of this powerful, powerful moment.

Well what else have I been up to? Well my roommate Cristiano got married to another wonderful friend of mine Tayla! Cris and I shared many late night talks and hilarious moments and it was pure joy to see him marry Tayla. Tayla has been not only a great friend but also has helped me improve my skill playing keys this year.

I graduate from Second Year this week and will be going back to Melbourne for a few months to unpack this year and to work as much as possible before coming back next year but I’ll leave that for the next post. All in all, it was an incredible privilege to be a part of an event that I truly believe sparked a flame that will keep burning for years to come!

If you want to watch the event this link shows the first 12 hours but misses Daniel Kolenda and half of Bethel’s time. I’m sure that those are up somewhere though!