Switzerland is easily the most beautiful country I have been to in my life. From the 400 year old farm house I stayed in to the breathtaking mountains near Thun to the extraordinary food I ate, all of it almost seems surreal now, yet when I think about my time there, my first thoughts are of the people that I met and the ways that I grew. After getting back from South Africa I only had 7 days before I was back on a plane to Switzerland. Those days consisted of my catching up and trying to get ahead on everything that keeps churning along in my absence. Needless to say the plane was almost a relief! After South Africa my expectation for this trip was through the roof! If you want to read about what happened in South Africa you can find it here. Again, there is far too much that happened on this trip for me to even attempt to write down all of it so here’s some personal highlights.

We went straight from the airport to downtown Geneva for a quick meal at a beautiful church in the old city and then to the conference with all our bags in tow! Immediately I was aware of the fact that I couldn’t speak a word of French and how important that was here. My highlight from that conference was when we did outreach. The team and I all split up and took a few of the locals along with us and the lady I was with wanted to learn how I use my photos to ‘open doors’ to encourage and pray for people. I had brought along some prints of my photos and I was coaching as we went. For example I never walk up to people who are walking along because they’re clearly going somewhere. I will always approach people who have some spare time on their hands, so bus stops, stations of any kind, public areas etc are where I’ll always try and go.

We saw a lady sitting waiting for the tram and we went up to her and told her we were giving photos away with encouraging words and asked if she’d like one. Of course if she’d said no we would have wished her a great afternoon and left but she said yes! We were able to give her an encouraging word through the photo she picked and we asked if she needed prayer for anything. We wound up being able to pray for her family back home in the Phillipines and for her health and her job. No sooner had we said goodbye but the lady I was with spotted her sister walking towards her who lives on the other side of Geneva and also doesn’t believe in God but she was in a difficult position with her work and she didn’t know what to do and she asked if I could pray for her and tell her what to do. Of course I have no idea what to tell her so I asked God to show her which option was right by giving her peace on only one option. I told her that even though she didn’t believe in God that He loved her and wanted to speak to her and bless her. As I prayed she visibly relaxed and said that she knew in that moment what she was supposed to do! How amazing is that! We spoke to a few other people and the lady I was with was so surprised at how easy it was! We were even a few minutes late back to the meeting point because we were having such great conversations with people!

Yverdon – The most beautiful place I’ve ever done outreach!

The next conference was in a place called Chavornay about 20 minutes from Lausanne. We saw some crazy miracles everywhere we went but Chavornay was on a whole other level. We saw people’s ears healed who had hearing loss in one side and both ears now were at the same volume, several people’s backs were healed, a lot of emotional healing took place as people were set free. You could literally see the difference in their countenance and to top it all off, a lady who had suffered from fibromyalgia for 45 years was completely healed as she looked at a painting done by one of the locals! Crazy!

The day after that conference finished we had the chance to visit Manuela’s house (one of my fellow interns) and teach for the afternoon. It was a beautiful time of getting to pour into a smaller group of people, particularly her family. This is the first time I’d ever seen someone healed through my art. It was for her Dad, Martin. I got a picture of the check engine light in a car and took forever to sketch it from a Google image but during when I was drawing it I got the word that went along with it. When I shared what I’d heard God say it turned out that I had got it exactly right! So encouraging! We then went after healing with everyone and I asked him if he had any pain in his body. The night before I had been in the conference and out of nowhere my hip started having a shooting pain go through it and it stopped after two minutes or so but it was really painful! I knew that this was a word of knowledge for something Jesus wanted to heal but I had never had the chance to release the word the night before. When we asked him if he had any pain he said yes and started to describe the exact same pain that I had felt the night before. I got really excited and started describing the pain exactly as it had happened to me and he said that this was exactly how it felt! I knew in that moment that Jesus would heal him. I took the picture and held it against his hip and said “well lets use a picture of an engine for an internal problem” and in a few words just released the power of Jesus into his leg and then took the card away. He said that it felt like oil poured down the inside of his leg and all the pain left! How appropriate that God would use oil given my picture! Jesus has a great sense of humour!  After almost a year of interning with an artist I finally saw someone receive a great prophetic word and be healed through my art! Wooo!! 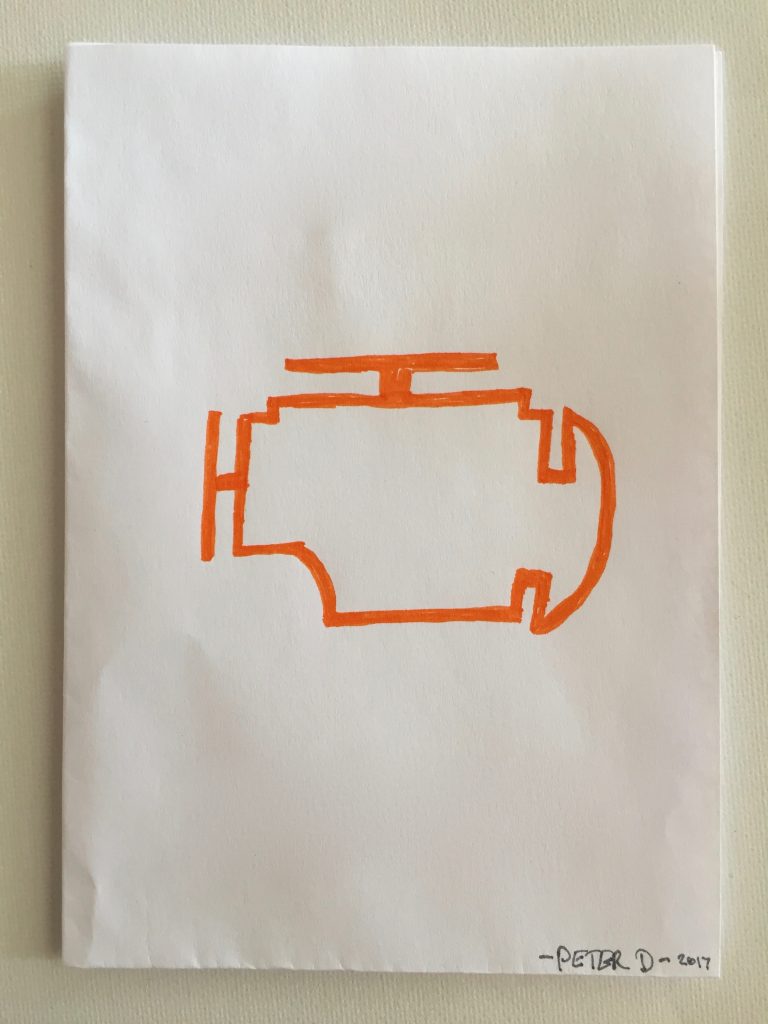 My first piece of art that healed someone!

The last city we went to was a place called Aarau, also in the German speaking part of Switzerland. I had found myself growing in confidence quite remarkably on this trip in both praying for and seeing people healed but also in giving detailed prophetic words however Aarau was the place that this happened more than anywhere else. I found myself prophesying at a much higher level than ever before which is something I have been contenting for since First Year! God is so faithful! We did an outreach in downtown Aarau and I found myself talking to people about Jesus with more boldness than I ever have! I even got a chance to prophesy over some Mormon young guys who were there. I could really see that my words had an impact on both of them.  Finally after 8 days straight of intense ministry we had a day off on Saturday in beautiful Thun. Thun has to be the most beautiful place I have ever been. The town itself is so pretty and the country that surrounds it took my breath away. I definitely want to go back there!

Sunday morning I got to share my testimony with a church in downtown Aarau about my journey from having an intellectual relationship with God where I knew a lot of things about Him but wasn’t seeing much happen through my life and I didn’t live with overflowing joy, peace and hope to now having a thriving, personal relationship with Him and seeing people healed and saved and living in the most joy I’ve ever had. After I shared my testimony Theresa (my mentor) asked if anyone was living that way or if anyone had never truly given their life to Jesus and 5 people raised their hands and gave their lives fully to Jesus! Several people came up to me after the service and told me what a huge impact my story had on them. Something I had been praying for all year was that I would see people saved through my ministry and it happened! Thank you Jesus!

Given that I wasn’t able to speak French or Swiss German or even German, I definitely felt the language barrier a little bit but I am used to being translated and there were so many people that engaged me in conversation even if they only spoke a little English or even using a translator. I felt so honoured that they would make the effort. Everywhere we went the Swiss people were so hungry for God and so hungry to see Him use their creativity to bless those around them. There was so much more that God did on these trips to grow me and so many more miracles that I haven’t told but I hope this paints a picture of the wonder that the team and I experienced as we ministered. In my next update I’ll be giving a summary of my three years at Bethel School of Supernatural Ministry and just a few of the ways it has changed me as well as some exciting news about what I’m doing next!